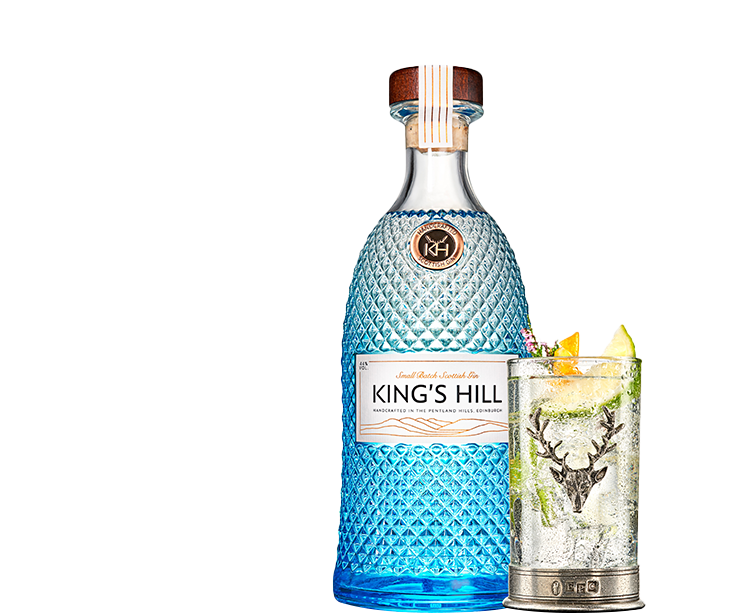 Handcrafted from the hill to the bottle.

On the nose: Fresh, fruity with piney juniper
On the palate: Smooth, sweet, full bodied and aromatic

King’s Hill takes inspiration from a brave gamble long ago between King Robert the Bruce and Sir William ‘The Crusader’ Sinclair, deep in the Pentland hills overlooking our still.

King Robert and Sir William were in the area tracking a rare white stag. The King staked his Pentland estate against the life of
Sir William that he would be first to capture this magnificent beast. Sir William with the help of his trusty hounds, Help and Hold, won the bet. In return, The Crusader named the spot where King Robert stood “King’s Hill”. Drawing on this rich history; our Gin has captured the essence of the area – bold, beautiful and bloody marvellous.

Founded in 2017, King’s Hill Gin is the first spirit from The Pentland Still.

Want to add King's Hill to your collection?

GET IN CONTACT
Also, Take a look at our whole portfolio